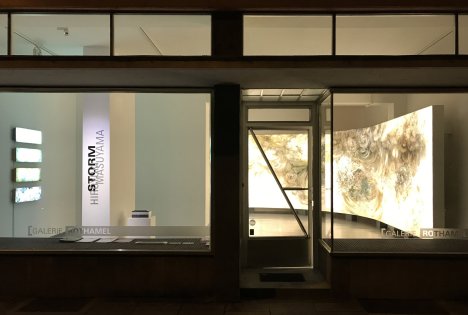 We invite you and your friends to the opening with the artist on Friday, November 30th at 7pm.

Hiroyuki Masuyma (* 1968 in Tsukuba / Japan) is a painter, sculptor and photographer, as well as an explorer, engineer and philosopher. Many of his works visualize journeys in time and enable new perceptions of our world. Our current exhibition presents some of the most striking facets of his work.

Masuyama's series "Flowers" shows flower meadows on which all vegetation periods take place at the same time. It creates a fascinating panorama of seasons, growth and life. We are going to present the lightbox ‚Flowers No. 6’(2006/2018). 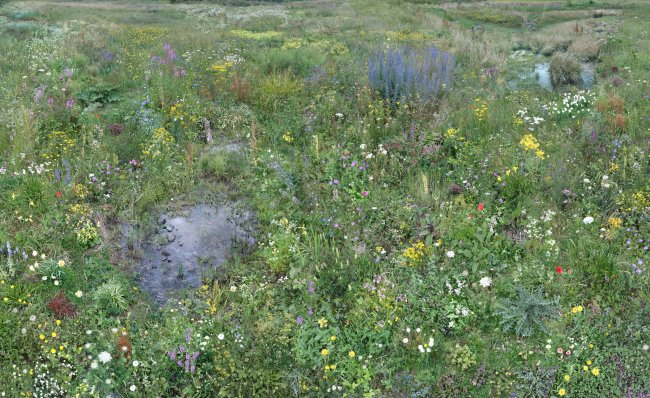 A different tone is suggested by the digital photo montage ‚Storm’ (2013). It has been sampled from over 2000 photo templates, in the form of an overwhelmingly large lightbox, wich present a complete reinterpretation of the apocalyptic visions of Leonardo da Vinci's codices. Masuyama is fascinated by the great artist and polymath (1452-1519) who was described by Stanislaw Lem in his ‚Sterntagebuchern’ as a time traveler from the 27th century.
Hiroyuki Masuyama's works are themselves time travel because they are developed in an meticulous and time consuming process. Who would come up with the idea of ​​painting the Milky Way with its innumerable stars? A seemingly impossible project, whose realization is all the more fascinating ... let yourself be surprised!