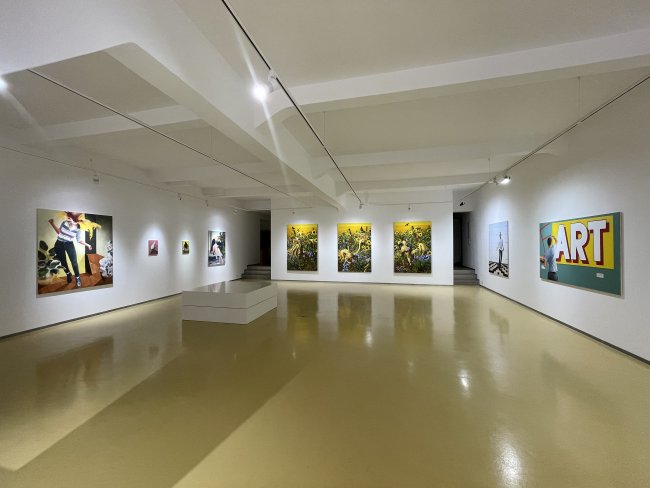 Rothamel Erfurt
Mon - Fri 10am - 2pm
and by appointment 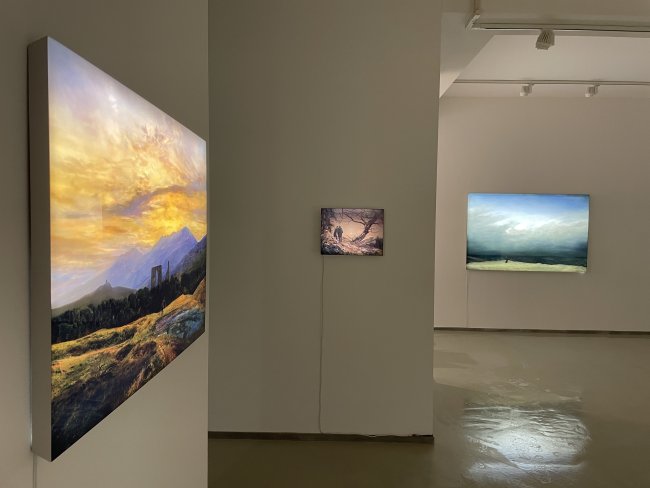 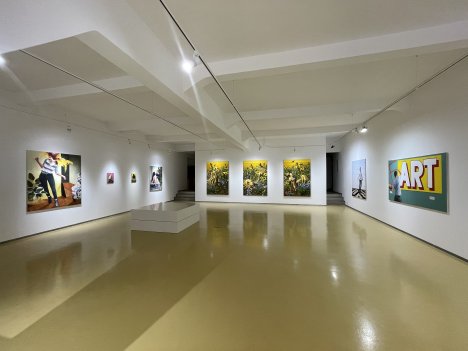 Dear ladies, gentlemen, dear art lovers, Today we would like to invite you to a virtual tour of our exhibition > 1000 words.You can find the tour here. 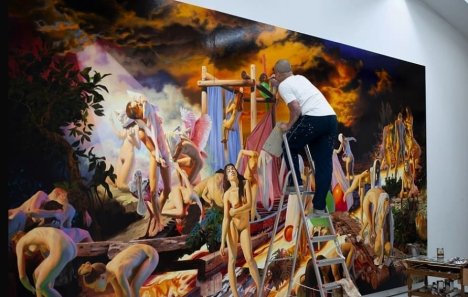 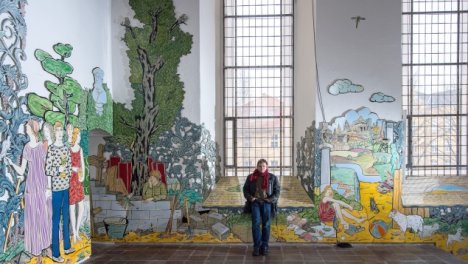 Bible words you can touch
A film by Uwe Dieckhoff

The St. Aegidien Castle Church is one of the striking buildings in the city of Bernburg (Saale). The church dates from the 12th century. In 1751-52 the nave of the old Romanesque church was rebuilt in the baroque style, later changed several times and finally stripped of almost all jewelry. The church has been renovated since 2013.

Moritz Götze was entrusted with the artistic redesign. His pictorial program is based on Genesis and the New Testament. It covers the vaulted ceiling, the base zones of the walls and the altar. Götze decided on a permanent enamel painting. With this extremely complex technique, layers of mineral paints are used to paint metal plates and each layer is burned at 800 degrees. The colors melt into a glaze on the metal, cover it and preserve it for eternity. Then the emails are fixed precisely on the walls.

The barrel vault was completed in 2013 - clouds and stars on a blue background. The furnishing of the south and north walls of the eastern nave began in 2014, followed by the artistic redesign of the altar wall in 2015. The new altar was also inaugurated with a festive service on Easter Sunday 2016. The work continues continuously. 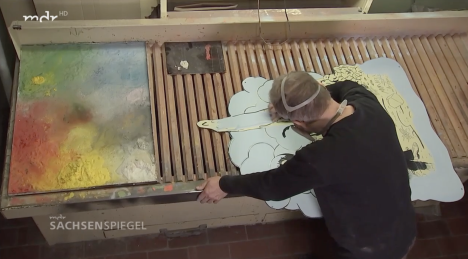 The pop-art artist Moritz Götze belongs to the generation who were not allowed to practice their art in the GDR, but who became internationally famous after the fall of the Wall. We met the extraordinary man. https://www.ardmediathek.de/ard/video/mdr-sachsenspiegel/pop-art-kuenstler-moritz-goetze-mit-emaille-grosses-erschaffen/mdr-sachsen/Y3JpZDovL21kci5kZS9iZWl0cmFnL2Ntcy9hZmE1NDExYi0wYjBhLTQxMjgtOTVjMC1lZjRmYTdmNDVmMjU/
26. January 2021
more about the artist »
read more » 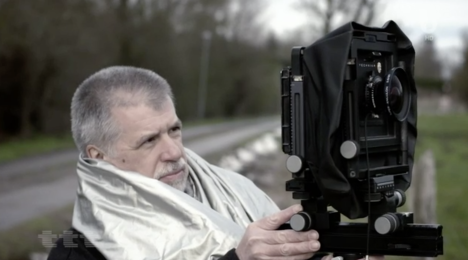 The photographer Hans-Christian Schink is one of the most internationally acclaimed photographers of his generation. An excerpt from his work will be shown in the Kunsthalle Erfurt! https://www.mdr.de/video/mdr-imersten-videos/c/video-485774.html
26. January 2021
more about the artist »
read more »