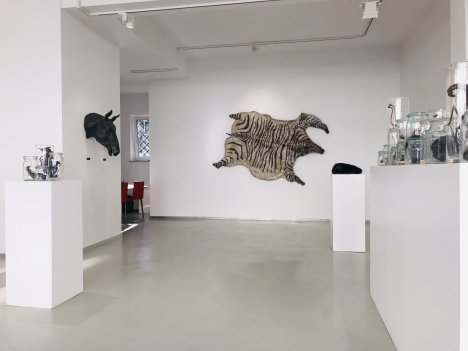 Dana Meyer is a gifted sculptor. Her sculptures have a timeless sovereignty. They are characterized by irrepressible energy, expressivity and unique precision. The artist forges it freehand from steel.

It has remained largely unnoticed that the artist, who was born in 1982, first studied history, literature and cultural studies before completing her education at the Burg Giebichenstein Art Academy. Some small publications also testify to their wit as the titles of many of their works. In addition to her extraordinary sculptural special talent - a unique feeling for space, composition and form - she has a very fine sense for the effect of language. Language understands it as a coordinate system for orientation and positioning in history and society.

A vivid example of this subtle method is provided by Dana Meyer's "South Pacific Expedition," a group of smaller metal sculptures created over the past six years, which, unlike her major works, did not forge glowingly, but drove cold and welded. Without exception, they are representations of large fantasy insects, which were allegedly caught between 1906 and 1910 on a fictional South Pacific expedition and kept in antiquated mason jars.

All objects of the South Pacific Expedition can be found here.

The sites ("Banaba, 1908", "Vanuatu, 1907" or "Lord Howe Island, 1909") refer to remote places of longing, which most people only have access to in their imagination during their lifetime. The attached figures create a further distant context: in the years before the First World War, the last great zoological and geographical discoveries were made, and a short time later it was over with the imperial colonial glory. The names of the "discovered" monsters seem at first contemplative like the travel literature of the time, ("Kiribatischer Giraffenhalskäfer", "Posaunenträger"), but immediately it becomes absurd ("Kanu-Pfeifenräumer"), grotesque ("Warzige Streifenwanze ") and anecdotal (" Zotensteinfliege"). One immediately thinks of Prussian entomologists and sailors accompanying them, while looking at the finds and naming them under palm trees on a lagoon beach. In contrast to these temporarily imagined gentlemen, Dana Meyer's small steel sculptures are timeless. They meet human impulses that - digitalization, globalization - are lasting: frightening, disgust, fascination, sense of beauty even in the unfamiliar.

Dana Meyer graduated in 2011 as a sculptor and graduated from 2014, a master class student. In 2011 she was awarded the art prize of the Saalesparkasse, 2012 scholarships of the Bergesche Foundation and the Kunststiftung Sachsen-Anhalt, in 2014 together with Undine Bandelin the Art Prize of the City of Limburg, 2015 the Graphic Prize of the KSP Nordhausen and in 2018 a scholarship of the state of Saxony-Anhalt. 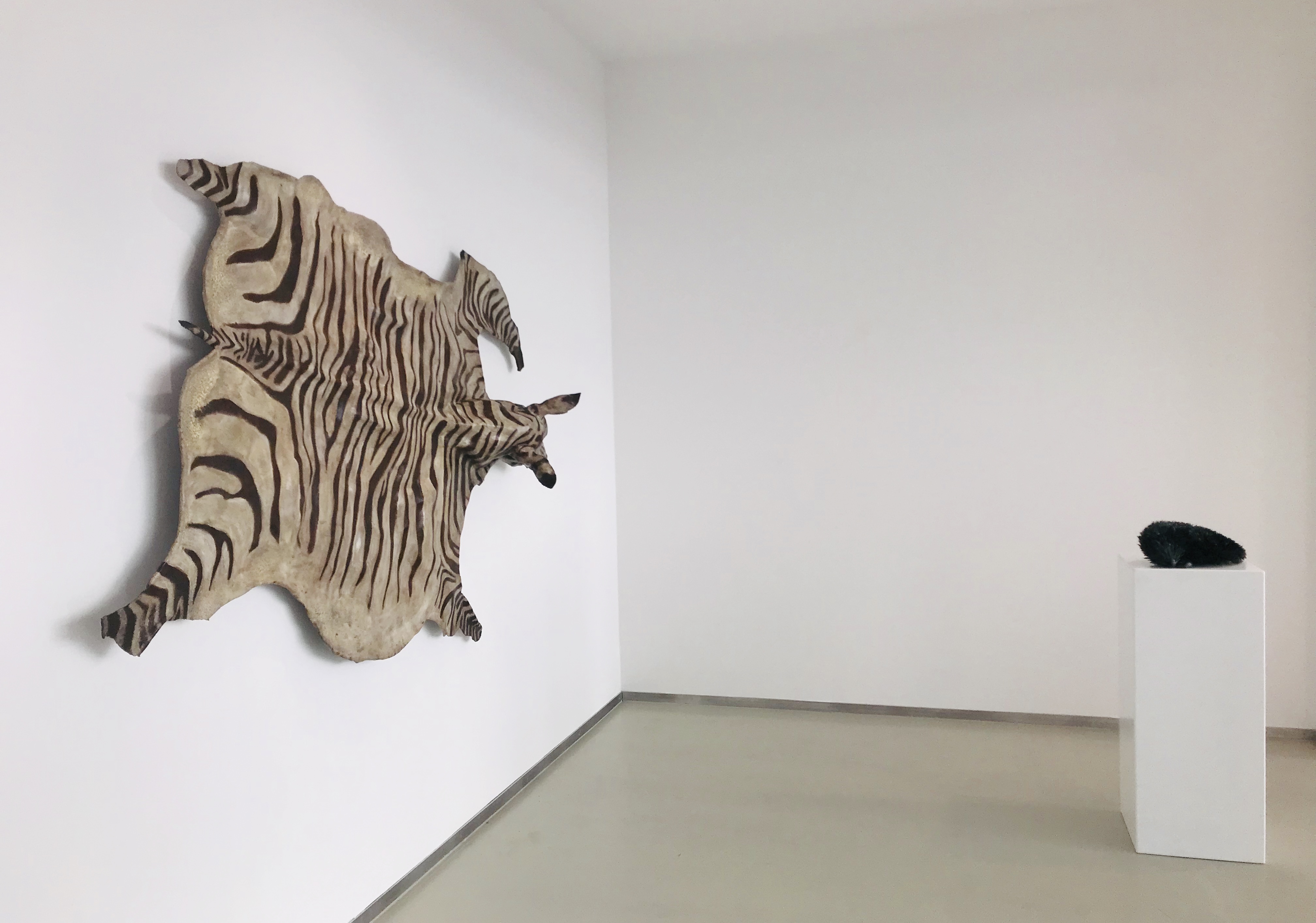 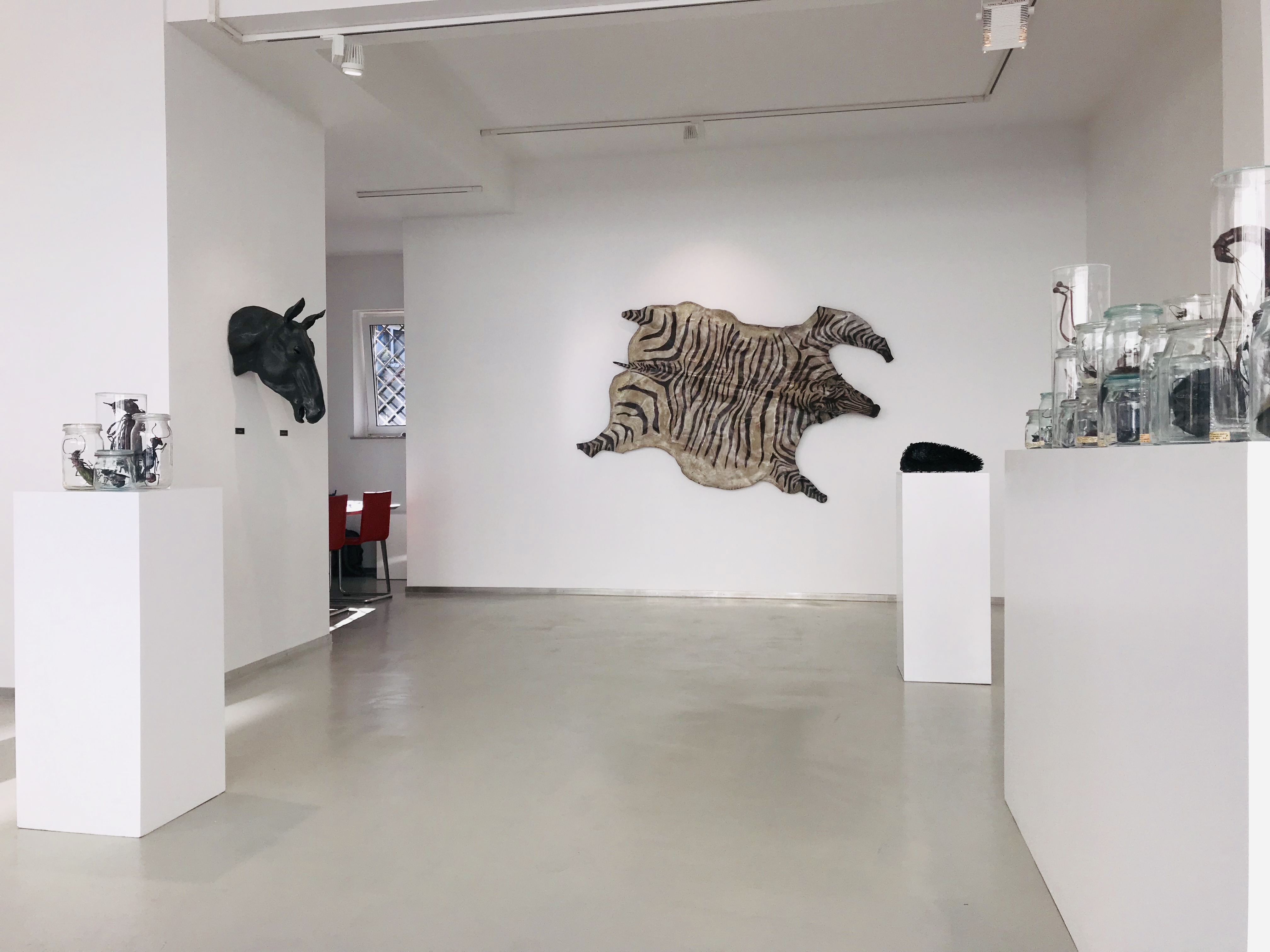