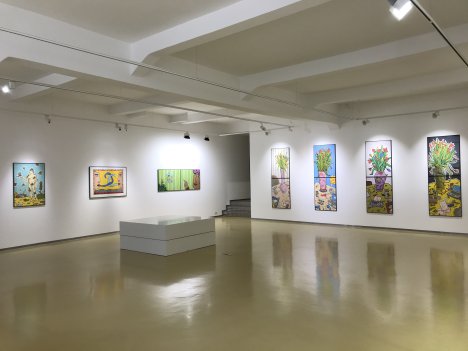 Moritz Götze was born in Halle in 1964. It is already becoming apparent that he will leave behind one of the most extensive artistic oeuvres of our time: painting, architecture, emails, mosaics, sculptures, objects, drawings and graphics. He appeared at hundreds of solo and group shows worldwide, in both prestigious and eccentric locations. Works by the artist can be seen in numerous public collections. So far, he has published more than two dozen mostly opulent and always exquisite catalogs.

Moritz Götze's prints are voyages of discovery into the big world and their mysterious corners, full of wonder, with an eye for the temptations and absurdities of life. The style is always unmistakable, the technical implementation brilliant. Moritz Götze has made pioneering work in the area of ​​screenprinting, in his portfolio works as well as in his multi-part works. We can only show a small part of this exhibition, but we want to pursue the topic in the coming years! 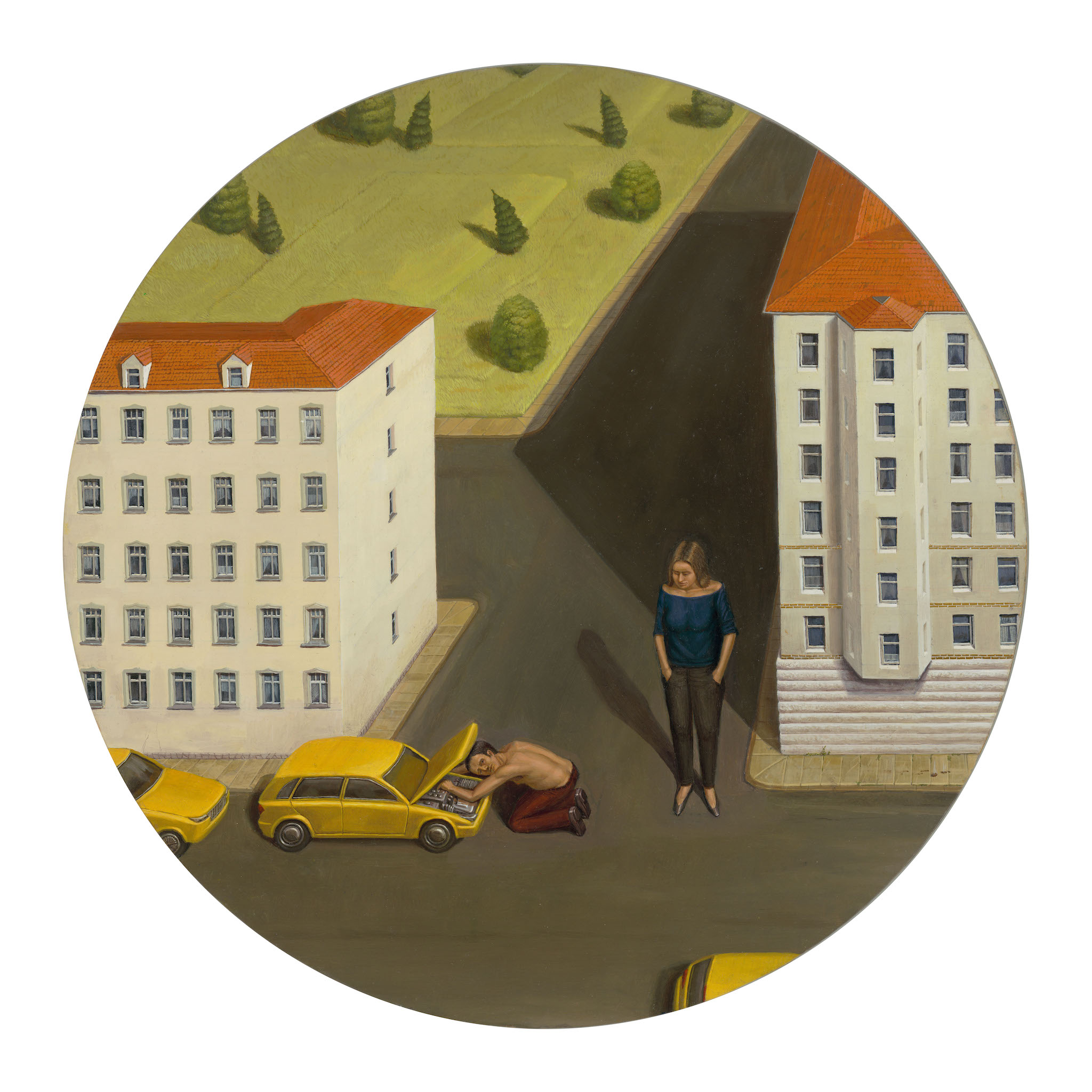 Marten Schädlich, born in 1986 in Leipzig, stands on the auspicious beginning of an artistic path. He studied painting at the Academy of Visual Arts Leipzig with Prof. Annette Schröter and completed a master's degree. His cleverly composed and elaborately executed paintings appear superficially naïve, but brighten with increasing intensity the longer one approaches them.

Like perhaps no other artist, Marten Schädlich reflects the universe in the minds of his generation, located between resignation, rebellion, dreariness, dominant women and green Biedermeier. He redefines objects and categories and brings them into an unexpected light. It creates a new picture of our time. Hats off!