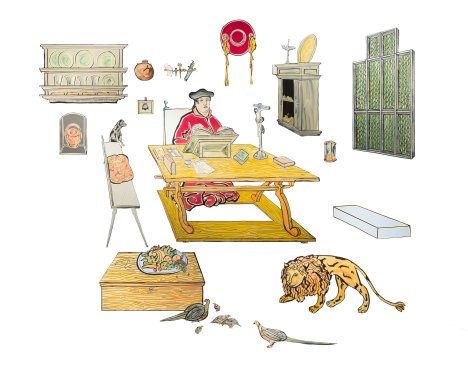 As Goethe wrote about Cranach "in respect to truth and blossom" he was "equal with Titian", the poet had no idea that the painter belonged to his ancestors. Lucas Cranach the Elder’s daughter Magdalena was married to the Saxon chancellor Christian Brück. From this line descented Goethe's mother, so Cranach was Goethe’s great-great-grandfather. This is a happy coincidence, because Moritz Götze since several years growed a massive Goethe-Cranach-obsession...